See What Mason Scott industries can do for you 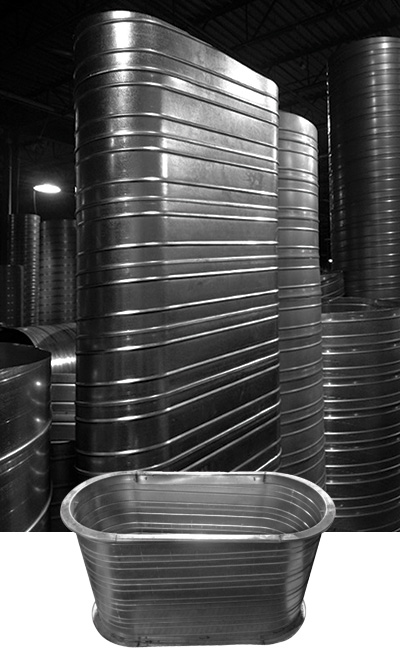 Round ducts are perhaps the most reasonably priced and resourceful method of transmitting air in and around a building. When space in the ceiling is restricted, round ducts would not be used. Instead, flat oval ducts are used. They are just as economical and resourceful as round ducts. Both round ducts and oval ducts are by and large cheaper to install than rectangular ducts. Because of their rounded shapes, pressure drops are lower. As a result of lower pressure drops, the amount of horsepower needed for the fans is far less than the amount needed for rectangular ducts. This means the equipment used to circulate air is smaller. The round and oval shapes also necessitate less insulation when they are wrapped externally than rectangular ducts would. This is advantageous as it negates the need for field joints, which could be costly. The spiral lock-seams used by round and oval ducts increase the ducts’ stringency. Because of this, spiral ducts can be manufactured with less heavy gauges than would be used in longitudinal (rectangular) ducts. Another great advantage of flat oval spiral duct work is that the cost of operating them is relatively low. Round and oval ducts are far more energy efficient than rectangular ducts because they lose and gain far less heat. This is because they are smaller in surface area. A lot more energy is saved this way. The round and oval shape also results in tighter seam seals. This ensures that there is little to no leakage of air, which means there is little to no wastage of energy. The shapes are also good because there are less breakout noises allowed by curved surfaces. This is especially important in rooms or buildings that require stern silence for their daily operations. The round or oval ducts give out great acoustics, which means the air rushing through the building is less of a distraction. The curved surfaces of round and flat oval spiral duct work produce far better flow of air than rectangular ducts would. This, in turn, reduces the amount of dust and dirt that could mount up on the inner surface of the ducts. That means less bacteria and a healthier environment. Something you may notice for yourself is that not only is the performance of round and oval ducts superior to that of rectangular ducts, they are also far more appealing to the eye. Architects like these ducts more because of their efficiency and their aesthetically pleasing look. Most companies that manufacture ducts will provide a variety of metals in various grades. They could include anti-microbial, galvanized, black iron, galvannealed, galvalume, stainless steel, PVS and aluminium. The application of these spiral tubes is limitless. They could be used in agriculture, civil engineering and construction, flue systems, culverts and drainage, specialized products (nuclear industry, pharmaceutical industry, food industry, power industry, brewing industry, farming industry, railway industry, mining industry, etc) and duct work. Flat oval and spiral duct work offers you (in whatever industry you are in) more of a competitive edge than rectangular or square duct work would. Spiral duct work is easier and cheaper to install and maintain and is far more energy efficient. It also looks good, so, where design is concerned, it adds a decisive factor. Its antimicrobial coating increases air quality too, so it is the preferable choice in hospitals and schools.